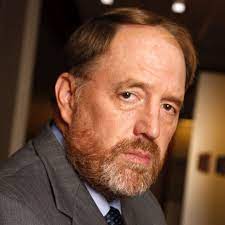 “What is Economics?  A Policy Discipline for the Real World.” 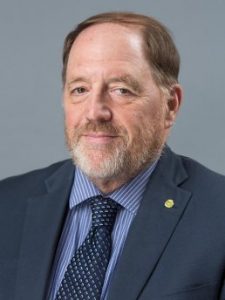 James Galbraith will speak on “What is Economics?  A Policy Discipline for the Real World.” It will be based on this rather long article: http://www.paecon.net/PAEReview/issue96/Galbraith96.pdf. He’ll focus on how, instead of abstract models,  economics should address real-world questions. As of course did Henry George.

Register in advance for this webinar:
https://us06web.zoom.us/webinar/register/WN_1bPmhTjiSkCzGgcu1jTi3g

After registering, you will receive a confirmation email containing information about joining the webinar.

James K. Galbraith holds the Lloyd M. Bentsen Jr. Chair in Government/Business Relations at the LBJ School of Public Affairs and a professorship in government at The University of Texas at Austin.

Dr. Galbraith was executive director of the Joint Economic Committee of the U.S. Congress in the early 1980s. He chaired the board of Economists for Peace and Security (1996–2016) and directs the University of Texas Inequality Project. He is a managing editor of Structural Change and Economic Dynamics.

From 1993 to 1997, he served as chief technical adviser to China’s State Planning Commission for macroeconomic reform, and in 2016 he advised the presidential campaign of Sen. Bernie Sanders (I-VT). In 2014 he was co-winner, with Angus Deaton, of the Leontief Prize for Advancing the Frontiers of Economics. He holds honorary degrees from the Université Pierre Mendes-France in Grenoble and from the Plekhanov University of Economics in Moscow.

Dr. Galbraith’s books include Welcome to the Poisoned Chalice: The Destruction of Greece and the Future of Europe (2016); Inequality: What Everyone Needs to Know (2016); The End of Normal: The Great Crisis and the Future of Growth (2014); Inequality and Instability: A Study of the World Economy Just Before the Great Crisis (2012); The Predator State: How Conservatives Abandoned the Free Market and Why Liberals Should Too(2008); Unbearable Cost: Bush, Greenspan, and the Economics of Empire(2006); Inequality and Industrial Change: A Global View (with M. Berner) (2001); Created Unequal: The Crisis in American Pay (1998); Macroeconomics (with W. Darity Jr.) (1992); and Balancing Acts: Technology, Finance and the American Future (1989).