We are an umbrella group of Georgist organizations world-wide and facilitate an annual multi-day conference themed on the philosophy, sociology, and economics of Georgism, also known as Geoism or Geonomics. Our scholarship stems from the ideas of Henry George as well as many other notable people including economists Adam Smith, David Ricardo, John Stuart Mill, and Mason Gaffney, Founding Fathers Thomas Paine and Thomas Jefferson, and Nobel Laureates Vernon Smith, Elinor Ostrom, and Joseph Stiglitz, among others.

The term “Georgist philosophy” refers to the economic analysis and social philosophy advanced by the North American economist Henry George. The Georgist philosophy advocates equal rights for all and special privileges for none. It affirms a universal right for all to share in the gifts and opportunities provided by nature.

Central to this philosophy is the conviction that social problems must be traced to their root causes and remedied at that level, rather than by dealing with mere symptoms. The science of political economy, whose task is to explore such root causes, can and must be understood not just by experts but by everyday people, so that injustice and corruption cannot be foisted on an unwitting public. Economic analysis shows that land values, which are due to natural and social processes, should be the source of public revenue, and that taxes on labor, thrift and industry should be eliminated. Properly understood, economics is not a “dismal science” but a guide for achieving justice and sustainable prosperity. 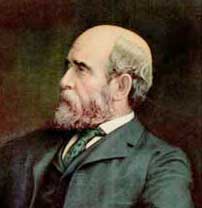 Born in Philadelphia in 1839, Henry George went on to San Francisco and became a newspaper editor who addressed the social problems of his day. On a visit to New York, he was shocked by the contrast between wealth and poverty. He resolved to find a solution, if he could and the result was Progress and Poverty in 1879, which is said to be the all-time best selling book on economics.

George’s fame led him to be drafted by the United Labor Party to run for Mayor of New York in 1886. George lost to Abram Hewitt (and Theodore Roosevelt came in third). He traveled and lectured extensively around the world, and wrote several more influential books, including Social Problems, Protection or Free Trade (which was read in its entirety into the US Congressional Record) and The Condition of Labor, an open letter to Pope Leo XIII in response to his encyclical Rerum Novarum. George died in 1897 at the height of his second campaign for Mayor of New York. His last book, The Science of Political Economy, was published the following year.

George’s masterwork is subtitled “an inquiry into the cause of industrial depressions and the increase of want with increase of wealth the remedy.” He begins his analysis by showing that poverty cannot be caused by any lack of productive power either of people or of nature. The cause of poverty must stem from the way in which wealth is distributed among the basic factors that produce it: land, labor and capital.

Land which includes all locations, natural resources and opportunities is fixed in supply. It is not the product of human labor, but it is needed for all production indeed, for all life. The owners of land do nothing to contribute to production, yet they collect an income for allowing land to be used and if they choose, they may withdraw land from use, waiting for higher returns. When good land is held out of use, labor must resort to less productive sites. Rents inexorably rise at the expense of wages and productive investment, creating unemployment and chronic boom/bust cycles.

The solution George proposes is the public appropriation of land rent. This would return to society the values that society and the earth itself have created. It would remove the disastrous tendency for valuable sites to be held out of use. More land would become available, lowering rents and prices, allowing producers to keep more of what they produce. Finally, relying on land rents to finance public services would free labor and capital from the burden of taxation.

George’s proposal “to abolish all taxation save that upon land values” became known as the Single Tax. The term itself goes back to the French Physiocrats almost 100 years before George. Although presented as a “tax” for practical purposes, it is actually a user fee a payment to society for the use of land whose value is determined by the market. It is not an arbitrary levy upon the fruits of labor, as is the case with most taxes.

Today, advocates of land value taxation (LVT) seek to shift taxation from buildings and commerce to land and natural opportunities. Since this reliance upon land or site values for public revenue rewards those who put land to its most appropriate uses (encouraging improvements and employment), it is often advocated as “incentive taxation”. Land value taxation provides a “green tax shift” that promotes conservation of natural resources and encourages sustainable economic development.

Poverty and Unemployment — By discouraging land speculation, public collection of land rent opens up opportunities to labor and capital, creating a renewed demand for labor and raising wages. Fully applied, it can eliminate involuntary unemployment.

Urban Problems — Decent housing is scarce and costly. Many have simply become resigned to the perpetuation of an “urban underclass”. And, as bad as urban problems are in the West, they have become far worse in the developing world, where cities lack even the most basic services for poor people. A land value tax shift encourages the improvement of property, making good housing more affordable.

Tax Reform — Citizens today groan under the weight of taxes on wages, property and commerce. People’s taxes increase with every effort they make to improve the quality of their lives. The land value tax, on the other hand, is unique in that it does not penalize those who work and produce. Since better public services increase site values, the land value tax shift is a self-financing alternative to oppressive taxation.

Urban Sprawl — By encouraging efficient and appropriate use of land, public collection of land rent eliminates urban blight and rural overdevelopment. The “leap-frog development” that characterizes urban sprawl is replaced by a more efficient development that preserves the clean and green countryside.

Energy and Conservation — The monopoly of natural resources is the root cause of high energy prices, widespread waste and inefficiency of energy use, and possibly irreversible changes in the earth’s climate. Acknowledging that all individuals have the right to these resources is the first step toward sustainable energy production and better conservation policies.

Inflation — Many factors contribute to inflation: government waste, deficit spending, monopolistic and speculative rises in the price of land, and over-expansion of the money supply. Most of these problems stem from the unhealthy incentives of today’s tax systems. To the degree implemented, the Single Tax would eliminate these causes of inflation.

Development and Land Reform — The world’s resources, if used wisely and efficiently, will comfortably and sustainably support all people. Instead, these resources are squandered by a small minority. Georgist reforms would give landless people an opportunity to produce for themselves instead of for a privileged few, ending the hunger and poverty incorrectly ascribed to overpopulation.

War and Peace — The world is in transition. The “Cold War” no longer dominates international politics, but still the social problems remain. World security is disturbed by struggles over territory and natural resources. These problems cannot be solved until we recognize that the Earth belongs to all. The Georgist philosophy offers a practical way to achieve equal access to nature, true free trade, cooperation and peace.

The three townships of Arden in Delaware are Single Tax communities where only land rent is paid for local revenue. Today’s growing use of the Community Land Trust as a means of providing access to rural and urban land is a direct continuation of these and other Single Tax experiments.

Pittsburgh and nineteen other Pennsylvania cities tax land at higher rates than buildings with good economic results, as do some cities in Western Canada, Australia and New Zealand.

Alberta and Alaska are outstanding examples of public collection of rents and royalties on natural resources, notably oil, to the benefit of all citizens.

In 1991, Nobel prize-winners Franco Modigliani, James Tobin, Robert Solow and William Vickrey joined 26 other prominent economists in signing an open letter to Mikhail Gorbachev which urged the Soviet Union to retain land in public ownership, and to raise government revenue by charging rent for its use.

The Georgist movement is unlike other “advocacy groups” in many interesting ways. Adherents come from across the political spectrum. The Georgist philosophy can be viewed as a fundamental synthesis of the best of “left” and “right”: a reconciliation of justice and efficiency in economic relations. Due to the far-reaching implications of this philosophy, activity is pursued on many fronts, including activism in support of local property tax reform, popular education, research, publishing, and community and global networking.

Various organizations, groups and periodicals exist to promote Georgist philosophy and/or public re-venue based on land values. These organizations are engaged in various types of programs, most notably:

The Council of Georgist Organizations hosts an annual conference at a selected location in North America. Smaller conferences and events are also held, and the CGO serves as a clearinghouse for information about such events.

To liberate production from taxation, the earth from monopoly, and humanity from poverty.